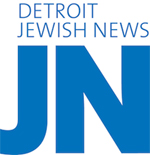 Finding Money for Others 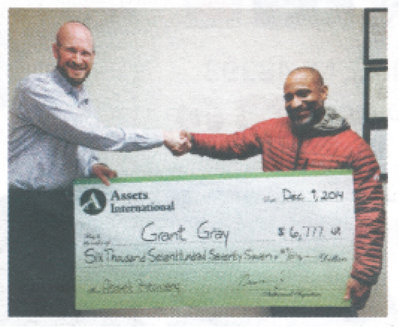 Michael "Micha" Zwick has been known to show up on someone's doorstep, unsolicited, to announce that, unbeknownst to them, his company has recovered money they didn't even know they had lost.

"For the most part, the nature of the business is that we research public records and find assets owed to people," said Zwick, president of Assets International (AI), a private investigation agency in Southfield. "Then we call and tell them what we found. If we can't get them by phone, there have been instances where I just drive to their house and give them the good news in person; kind of like Ed McMahon.”

Clients include mineral rights owners and other beneficiaries of funds, or missing heirs in countries throughout the world.

"The average person is not likely to know they have money owed to them, so we are not typically contacted by someone hoping we can find assets. Instead we find them,” said Zwick, who lives in Huntington Woods.

"But businesses come to us, like our clients, Dow Chemical and Talmer Bank, who have repeat monies owed to them.”'

Assets also have been recovered for nonprofits and government entities.

''And we take calls from probate attorneys who can't find heirs to estates they are administering,” he said. "One client is an oil company in Denver that's sitting on royalty payments in escrow because they can't find the owners.”

Zwick, a licensed attorney, became involved with AI when he served as the company's outside legal counsel. Three years later, he became a partner and an owner, and then a private investigator, licensed in Michigan and seven additional states.

His work at AI is research-based.

''I'm not doing 2 a.m. surveillance of cheating husbands;' he said. "I do a lot of research work in the office and out in the field through public records.”

A staff of 17 includes researchers and a legal team.

Working on a contingency basis, AI receives a percentage of what is recovered for clients. "We only get paid when they get paid,” Zwick said.

AI has been named one of the Inc. 500/5,000 fastest-growing companies and one of Edward Lowe Foundation's 50 Companies to Watch. And Zwick has been honored by Corp! magazine as an Entrepreneur of Distinction.

AI has recovered more than $50 million dollars for corporations and individuals. In addition, they have located missing relatives and heirs on behalf of families and estates. "We have put people in touch with family members they have never met," he said. "In one instance, we connected two first cousins in their 70s or 80s, who met for the first time. They had the good news of getting money - and had a family reunion.

"The largest sum recovered by AI was for Dow," Zwick said. "We recovered over $1 million for them. The most we recovered for the 'average Joe' was $700,000 for two blue-collar brothers whose mother bought stock in their names but never told them about it.

"It is amazing to know we are changing people's lives," he said. "We have letters from people who've been able to start the business they always wanted to start or keep their house from foreclosure - all with money they didn't even know they had.”