Please look at some of our works in the community, which include giving to food banks in our region, educating our youth on multicultural pluralism in the workplace, and supporting our employees' participation in fighting breast cancer.

Our employees are integral to our mission to not just locate missing heirs but to also better our world. In 2009, our employees suggested donating a substantial portion of the company-wide performance bonuses that they earned through their own hard work. Management listened and as a result formed a non-management standing committee to select future recipients. Assets International serves many clients. Our corporate culture ensures that we will continue to serve many other people for many years to come. THAT is something that makes us very, very proud. 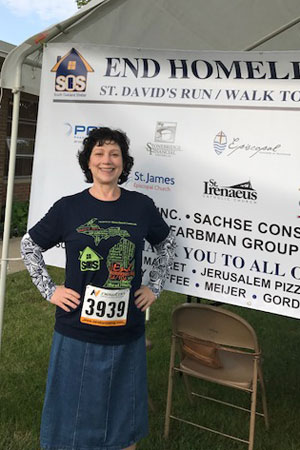 Sometimes Assets International's good works rub off on us. Over the years we have recovered funds for numerous people who were homeless, enabling many of those people to get a fresh start on their lives. On August 6, 2017, our Office Manager, Franci Lopatin, participated in the SOS (i.e., South Oakland Shelter) 5k walk to raise funds to help the homeless. We at Assets International greatly enjoy helping the needy such as the homeless…but it goes without saying that we would so much prefer if they weren’t homeless in the first place. 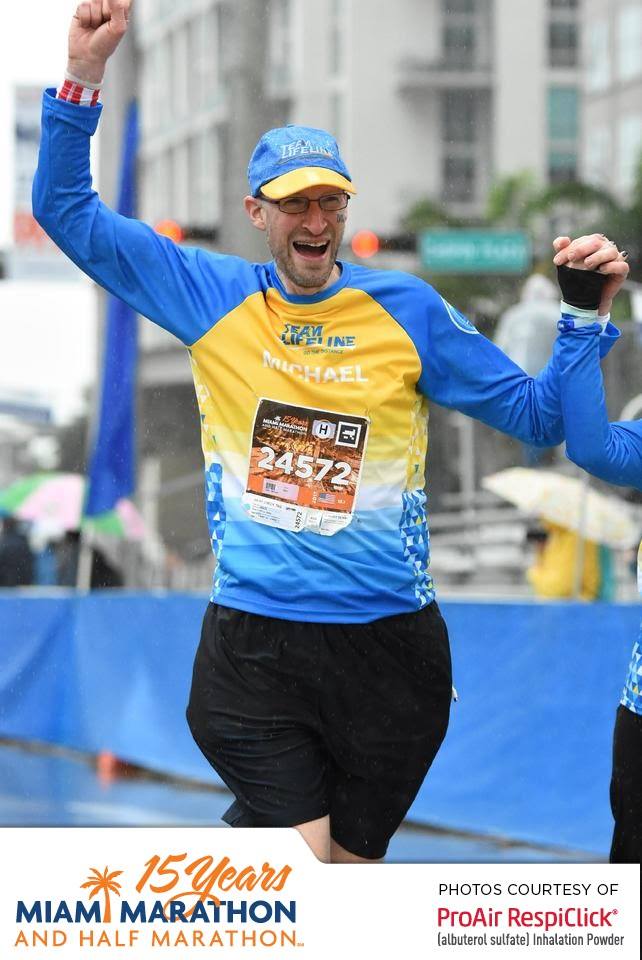 In January 2017, our president, Michael Zwick, raced in the Miami Half-Marathon as a fundraiser for Chai Lifeline. Chai Lifeline’s mission is to serve seriously ill children and their families during their most trying times. Chai Lifeline provides social services as well as programs throughout the year, most importantly a summer camp, that allows these special children to have some normalcy in their otherwise tumultuous lives. Through the generosity of many friends and family members, Michael raised over $15,000. 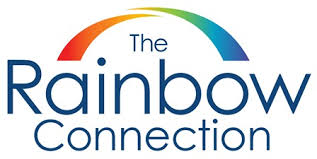 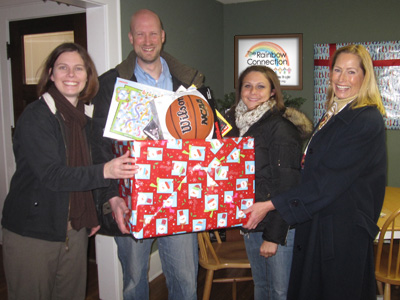 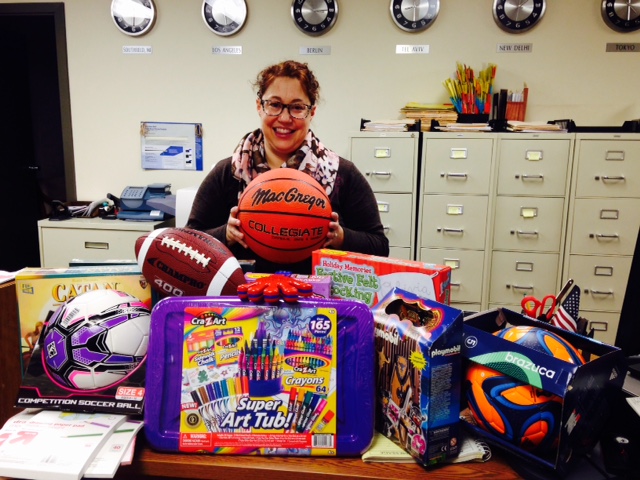 In 2014, Assets International ran a toy collection drive from all the businesses in our building. Rhonda Mason displays a sample of what we collected in December of that year, to be turned over to The Rainbow Connection.

In 2010, Assets International's staff elected to help the most vulnerable segment of our community: children with debilitating illnesses. To that end, we contacted the Rainbow Connection, an organization dedicated to grant wishes to extremely ill children and to provide support services to those children and their families. We are proud to be a co-sponsor of Judith, who was diagnosed at the age of 9 in November, 2008, with leukemia. Judith enjoys dance class (when she can attend) as well as cheerleading and playing guitar. Her dream is to go to Hawaii - and we are proud co-sponsors to help make her wish come true. More importantly, we're rooting for Judith to overcome this illness and enjoy the rest of her childhood and long adulthood in good health and spirits. 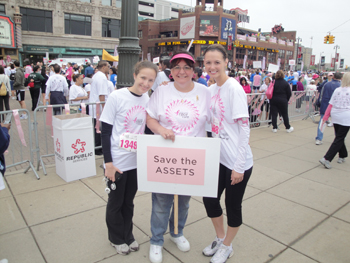 Assets International sponsored employees' participation in the Detroit Race for the Cure® to raise awareness and support for breast cancer research. 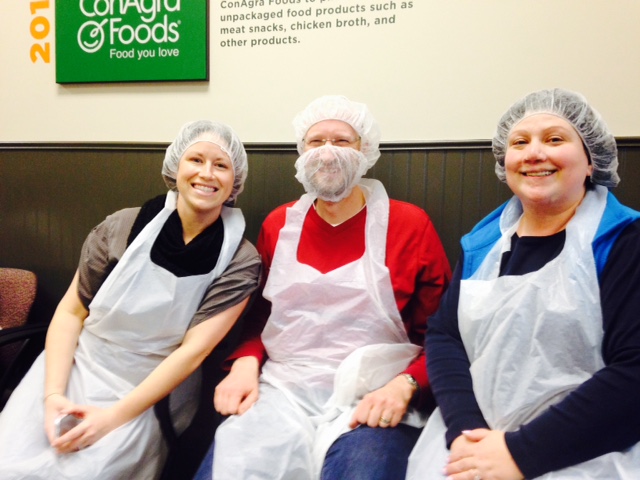 In December of 2009, Assets International's team members made a very generous decision. They had worked hard all year finding and recovering money for missing heirs to earn company-wide performance bonuses. Instead of keeping this money for themselves though, our staff members unanimously decided to donate the bonus money to help the less fortunate in southeast Michigan, which has weathered the worst of this nation's recession. The bonus money went to Forgotten Harvest, which turned the cash into 1,800 meals for those who couldn't otherwise afford food for the holidays.

Five years later, in a much better economy, Assets International's staff again wanted to give back, so they asked to once again get involved with Forgotten Harvest. This time, though they wanted to give more than money: they wanted to give of their time and with the fruits of their labor - by packing food, hands-on, for those in need. As a result, on December 16 of that year we shut down our office for half a day and did precisely that. 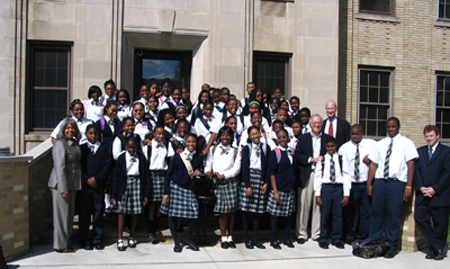